Tank Off invites you to battle. Face your opponents in the multiplayer arena and destroy them one by one. Shoot by targeting your opponents with the left mouse button. You can jump into the air with the spacebar. You can speed up the tank using your turbo. You can destroy your opponents by using the turbo tactically.

The battle begins in the Tank Off arena. Start with you and be the one who rushes to victory by defeating your opponents one by one. Good luck warrior. Don't come without winning this war! 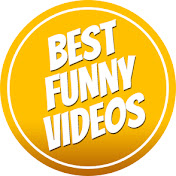